Did you know that in the most Southern parts of Miami, Homestead to be exact, lies a castle? Yes a castle, the Coral Castle. Maybe you did or didn’t know, but just in case you are wondering what it is I am talking about, I am going to tell you more.

Ed was born in 1887 in Latvia. Latvia is a country surrounded by Estonia, Lithuania, Russia, and the baltic sea, just in case you were wondering like myself where it is 😊. After Ed’s sixteen year old fiancé broke his heart by skipping out on him the day before their wedding, he moved to Canada, then later moved to the United States, settling in Portland, Oregon. Due to Ed being diagnosed with tuberculosis he moved to Miami, because it was believed that being outdoors in warm weather, helped with the healing of the disease.

After coming to Miami Ed was taken in by a family where he was given a place to stay and he worked on their Farm. It was on this property that Ed built his first sculpture Garden, some of the pieces were later moved from the property to the location where the museum now stands.

Ed later bought the piece of land where the Coral Castle now sits for $12 and eventually sold a portion of it to the State to create the route U.S 1 that runs right alongside the museum.

Ed built his Castle between 1928 and 1951, some of the work began from the farm he worked and was later brought over to the new location. As you are guided through the garden you will find one of his original pieces from the previous location with something that says “made 1928, moved 1939, Born 1887, Latvia, ED. L”.

So it took Ed 28 years to build this Stone Garden. When Ed opened the park to the public he named it Rock Gate Park, charging 10 cents per admission, today the rock displaying this still sits on the lot.

At first glance you may look at the sculptures and think it’s just pieces of rocks sitting on a piece of land, but as you are guided by the tour guides and given more of the story behind each piece, as well as looking closer for deeper observation the pieces comes to life.

As mentioned above, Ed left Latvia because he was “dumped” by his 16 year old fiancé, Agnes Scuff, was her name. She broke up with him just before their wedding. A lot of the work he did, was done with her in mind. You can see that in the Throne room section of the museum, were he carved his and hers chair as well as a baby chair right beside mommy’s.

At the Museum you will also see the carvings of the bedroom, which has his and hers bed, and a small bed for a baby. It was as if Ed created his imaginary home through these rocks.

You will also be able to see a dining table in the shape of the map of Florida with a little wash pot engraved in, representing Lake Okeechobee. The wash pot was actually used for people to wash their hands in while dining at the table. Ed built this table in hopes to have dinner with the then Governor of the State of Florida.

There is also the Three Bears grotto, an area inspired by the story of the Three Bears, mama bear, papa bear, and baby bear, as well as Goldilocks. Plus more.

It is said that Ed built everything by himself, only hiring 1 person to assist, a 15 yr old boy, to help him move the rocks from one location to the next because he did not know how to drive. Up until today no one knows how Ed did all this work by himself and no one ever saw him doing it because supposedly he did all his work at night.

There are no parking fees at the Coral Castle Museum. You are able to park at the facility, then you enter through the gift shop. After paying, you are free to walk around or join one of the tour guides that will take you from one area to the next and then orating the story behind each area.

It was interesting to find out about this attraction located in Miami and learn the information about the man behind it all, said to be only 5ft tall and only had a fourth grade education. 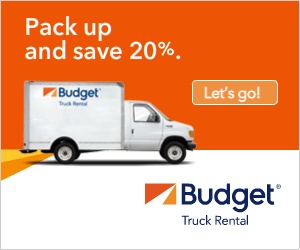